Couples seeking to divorce in Ireland are being forced down a punishing route in a complex process that can take anything from twelve to over 18 months, a legal aid conference has heard.

And the process takes so long and costs so much that many men and women remain in unhappy and unhealthy relationships, solicitor Emily Sherlock said.

“The reality is in Ireland nearly one in ten marriages, unfortunately, end in divorce or separation, however, the legislation makes obtaining a decree of divorce extremely difficult,” she told a Legal Aid Board conference on the family law system.

Calling for an overhaul of the forms and procedures required in divorce applications and proceedings and for a streamlining of the system to include online applications, she said in the UK if matters are agreed between the parties, obtaining a divorce can take about eight weeks.

The procedure in this country of bringing an application for divorce or judicial separation where a family law Civil Bill has to be drafted giving significant details as to the reasons for marriage breakdown, she said it is unnecessarily complex and can involve as many as four people including a barrister.

In the UK the solicitor said all divorce petitions are straightforward box ticking application forms which can take about seven minutes to complete.

“The amount of time and complexity required to petition for divorce in Ireland could be negated so easily with an overhaul of the court forms and procedures,” she said.

She added: “Ireland is one of the most forward thinking and tech-savvy nations in Europe so why not pilot online applications. Simple to complete and can be filed instantaneously.”

Ms Sherlock who is a solicitor on the Northern Circuit said in many courtrooms around the country it is a logistical nightmare for practitioners where there are only a small number of consultation rooms and even chairs and sometimes everyone has to stand in a hallway before appearing in court.

Couples, she said may also have to take up to two days off work or arrange childcare during court appearances, she said, whereas in the UK most divorces where the parties agree are granted without any appearance by the couple in court.

“The reality is that divorce in Ireland is not fault based however we are still filing pages and pages of evidence as to unreasonable behaviour or adultery in civil bills and defences, all of which only serve to further polarize parties when the opposite should be the case,” she said.

Referring to the payment of maintenance in family law cases Ms Sherlock said the law is very clear that maintenance is to be paid for non-resident children and the main contention is how much. Other jurisdictions, she said have maintenance calculators and simple formulas for different family circumstances. She questioned whether maintenance applications should be before the monthly family law court.

“We have PIAB, the Workplace Relations Commission and the Residential Tenancies Board. I suggest that maintenance could be dealt with in a similar way and then only enforcement actions would need to be brought before the court,’ she said. 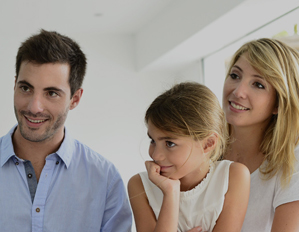