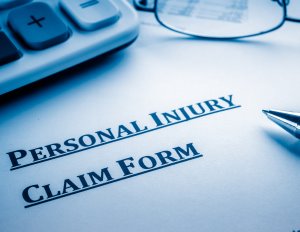 A businesswoman who suffered a triple fracture to her left ankle when she slipped and fell in a Dublin hotel has been awarded €56,250 damages in the Circuit Civil Court.

Circuit Court president Mr Justice Raymond Groarke said he was satisfied the entrance floor at the Herbert Park Hotel in Ballsbridge had been impeccable and maintained to the highest standard.

However, he said Delia Manning (69) should not have been allowed to enter the hotel through the emergency exit doors without a mat being put down.

Judge Groarke said engineering evidence showed the floor became slippery when moisture was carried under people’s shoes. He said there was no mat at the emergency doors to trap any potential moisture.

“It was an accident waiting to happen,” the judge said.

Ms Manning, of Assumption Terrace, Kinsale, Co Cork, told the court she had stayed at the hotel with her son and grandson in August 2014 when attending the Dublin Horse Show in the RDS.

She said August 10th, the last day of the show, was wet and the show ended early. They had decided to go home and had been leaving the hotel car park but the barrier would not lift. She slipped and fell forward as she went back to the hotel to check that the ticket had been validated.

Ms Manning told her barrister, Eamon Shanahan, that she felt pain in her ankle. She was attended to by hotel staff before going by ambulance to St Vincent’s Hospital, where X-rays revealed a fracture.

She said she underwent surgery and had needed to wear a plaster cast for several weeks. The court heard she was no longer able to walk long distances and may develop arthritis in the future.

The defendants denied liability and had alleged that Ms Manning used the emergency doors because the main entrance was crowded with a group of tourists and she had been rushing when she slipped.

Judge Groarke said he accepted that Ms Manning, who suffered a “very nasty and extremely serious” injury, may have been distracted. Initially awarding her €75,000 damages, he reduced her award by 25 per cent for contributory negligence.

Maura Hurley Solicitors is a personal injury solicitor based in Dublin who specialises in slips, trips and fall accidents.