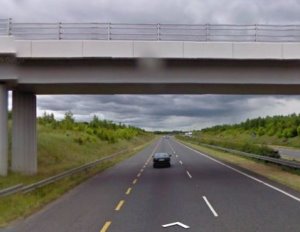 Van Drive Awarded €116,000 after being rear-ended in traffic row

A driver who suffered a serious back injury after being rear-ended while stopped in traffic in Castlemartyr, Co Cork has been awarded over €116,000 in compensation.

His vehicle was struck from behind by a Ford Transit van whose driver had fallen asleep at the wheel.

Before the second day of the hearing, yesterday afternoon, counsel  for the defence Tom Creed advised presiding Mr Justice Robert Haughton that the parties had reached agreement on a settlement of €116,956.

The Judge praised the parties for reaching a settlement and liability was accepted. The case was before the court only for final assessment of damages.

Mr Quilligan, describing the events of leading up, during and following the accident said: “It was 5.15pm. All of a sudden there was a bang. I was pushed forward. The driver behind fell asleep and pushed me on 10 to 15ft and pushed me on to the car in front of me. When I initially got out of the car I had low back pain and pain across my ribs where I was wearing a seatbelt. I drove the car home. That evening after a few hours I went to Cork University Hospital. The pain was severe and protracted.”

Mr Quilligan was aged 23 when the accident occurred. He was in a very fit and healthy with no previous history of back difficulty but due to this accident, he suffered a rupture that made surgery necessary.

His legal Counsel stated that: “The problem is that, notwithstanding neurosurgical interventions ,he has continued to be symptomatic. He has had a rough period of time since December 2012.”