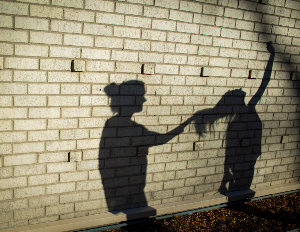 The partner of convicted murderer John Dundon is facing the prospect of joining him behind bars.

Ciara Killeen (32) pleaded guilty at Ennis Circuit Court to carrying out a glass attack on another woman at nightclub last November that left the victim needing 23 stitches to her face.

If convicted at the circuit court, Killeen could be jailed for up to five years.

She will receive credit for her early plea of guilt at the sentencing hearing, which is expected to be held next year.

A probation report on Killeen and a victim impact statement will be before the court to help with determining sentencing.

Killeen is the partner of John Dundon (33), who is serving a life sentence in Portlaoise prison for the murder of innocent rugby player Shane Geoghegan, who was shot dead in a case of mistaken identity in November 2008.

Killeen, who turned 32 last month, is the sister of 26-year-old Nathan Killeen (26), who is also serving a life sentence, which was imposed in 2014 for the murder of Limerick businessman Roy Collins in April 2009.

At the district court, Insp Tom Kennedy gave an outline of the facts in the case against Ciara Killeen.

He said the State would all-ege that Killeen and Ms McCarthy became involved in an argument in the smoking section of the Queens nightclub after both had gone out socialising on Halloween night.

“It will be alleged that Ms Killeen struck the injured party with a glass into the face,” said Insp Kennedy.

“It will be alleged that Mary McCarthy got a cut on or about her right eye.”

The inspector told the court that the incident was caught on CCTV, and said Ms McCarthy needed 23 stitches to her face as a result of the attack.

After hearing an outline of the facts last February in the district court, Judge Patrick Durcan declined to hear the case and decided to transfer it to the circuit court, where penalties for such an offence are significantly higher on conviction.

The judge said he does not like hearing bottle or glass assault cases when making his ruling.

At the circuit court, Judge Gerald Keys remanded Killeen on bail on the same terms and adjourned the case to Ennis Circuit Court to January 16 to fix a date for sentencing.