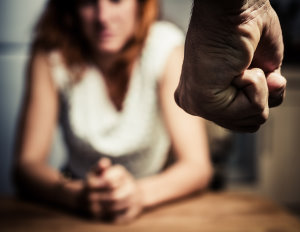 ‘I knew that if he kicked me in the head one more time, I would die’

A young mother who feared she would die during a violent attack by her former partner has said he should have been charged with attempted murder.

Jessica Bowes (33) begged for her life during the “merciless” beating by Jonathan McSherry (34) in the days before Christmas last year.

McSherry, who this week received a two-and-a-half-year jail sentence for as­sault, breached a barring order to go to Jessica’s home to assault her, and was high on cocaine when he repeatedly punched and kicked her, fracturing her eye sockets, face and skull.

McSherry, of Cedarbrook Walk, Cherry Orchard, Dublin, pleaded guilty to assault caus­ing harm at Grange View Way, Clondalkin, on December 20, 2015, and was given a three-and-a-half-year sentence with 12 months suspended.

Jessica believes he should have been charged with at­tempted murder.

“He waited outside my house for 45 minutes for me to arrive home. He was kicking the door and damaged my car. He set out to hurt me that night. He was there to kill me,” she said.

“The maximum he could have got after being charged with assault was five years but he pleaded guilty and then did the whole Coolmine drug treat­ment thing, so that was used to reduce his sentence.”

“But if he was charged with attempted murder he would have got longer I think,” she added.

Jessica was also critical of McSherry for using the services of a residential drug treatment facility in Coolmine, accusing him of playing the system.

“Jonathan was never an ad­dict. He was a man who liked to socialise and drink and rec­reational drugs came with that.

“He played the system well by getting the drug treatment after being arrested but it didn’t work in that he still got a jail sentence,” she said.

“I just hope that this sends out a message to people, espe­cially at this time of the year when I think there is a greater risk of domestic violence, that violence is wrong,” Jessica added.

Footage of the attack, played in court, showed McSherry punching Jessica to the ground, kicking her at least four times and then dragging her along the ground and continuing to punch her.

She lost consciousness after the first punch and then a second time during what she described as a merciless attack.

“I told him he was go­ing to kill me but he kept going. I eventually man­aged to escape him when he chased my friend.

“I banged on a neighbour’s door and then dived under their car to get my head away from him. I knew if he hit or kicked me in the head again I would die,” Jessica said.

“It was always the same with Jonathan. If we had a row he would scrape my face or threat­en to throw acid in my face if I ever did anything on him.

“My head or face is the first place he’d aim for.”

The court heard there were fractures to Jessica’s skull, eye sockets and cheek bone.

The imprint of a shoe was left on her face and there were boot marks under her chin.

She had a metal plate put into her face. Her memory was impaired and she relied on her 10-year-old daughter to remind her of the younger children’s birthdays, the court heard.

Jessica said she was now overprotective of her children and in a constant state of anx­iety.

She had nightmares about McSherry and became para­lysed with fear and “trapped in a nightmare”.

Maura Hurley Solicitors is a domestic violence solicitor based in Dublin.