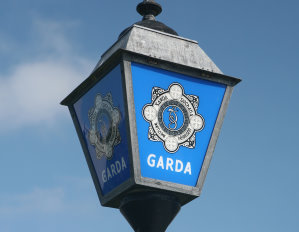 A “courageous” garda, who was forced to retire because of psychological injuries suffered when two fleeing burglars collided with his squad car, has been awarded some €160,000 compensation .

Bruce Antoniotti SC said John Sutherland had been patrolling with a colleague in April 2007, when they received a call about two youths having robbed firearms and ammunitions from a house in Kilmacthomas, Co Waterford.

Ex-garda Sutherland, now aged 57, told a High Court compensation hearing that he and his colleague had patrolled the area until they saw the two youths fleeing in a Northern registered Seat Leon.

The court heard that as the gardaí­ approached, the Seat took off and a high speed chase ensued. Mr Sutherland said the car was being driven aggressively, forcing other cars out of its way.

He said the Seat suddenly made a handbrake turn and drove towards the garda car. Mr Sutherland, who was driving the garda car, said he could not avoid a head-on collision. Both gardaí­, despite wearing seatbelts, banged their heads off the windscreen.

Mr Sutherland, of Annestown, Co Waterford, told Mr Justice Bernard Barton the two robbers got out of the car and he and his colleague ran after them. The court heard the two youths fled to Annestown beach and swam to a nearby island.

He said he was informed that Garda assistance was on its way when he saw black smoke coming from the collision scene. He had gone back there and saw the two cars on fire. The court heard he removed the firearms and cartridges through the rear door of the Seat only minutes before explosions were heard from the cars.

“I was worried that members of the public near the scene could be injured and also, if the firearms and ammunitions had burnt in the fire, fingerprints evidence would have been lost,” Mr Sutherland told the court.

Mr Antoniotti, who appeared with barrister Hugh O’Flaherty, told the court the two youths, who had been isolated on the island, were apprehended later that day.

Mr Sutherland said that after he went home and changed, he came back to the scene and saw the Seat had been destroyed in the fire. He had then realised the danger he had been exposed to.

The court heard he suffered neck and back pain and attended Waterford Regional Hospital the next day.

He said he later developed depression symptoms and post-traumatic stress disorder. He had needed to undergo counselling therapy and take anti-depressant medication.

He had become irritable and had developed an anger management issue. Mr Sutherland said he had not been able to play golf for a year after the incident.

He had lost confidence and had not been able to go back to work. The court heard he was informed in 2010 that he was being retired on medical grounds, by reason of “infirmity of his mind”.

Mr Sutherland, who sued the Minister for Finance, claimed he did not have the intention to retire early. He had applied for alternative employment but had not been offered any job interview.

Ronnie Robbins SC, who appeared with barrister John McGuiggan for the State, said the Minister was satisfied Mr Sutherland was a brave member of the gardaí­ who had been involved in a very severe incident.

Counsel said it was the State’s case that the sudden death of Mr Sutherland’s wife, Margaret, who died of a heart attack while she and the ex-garda were having lunch in 2009, had contributed to his inability to go back to work.

Judge Barton said he was satisfied the death of his wife was not the cause of Mr Sutherland’s inability to go back to work as a garda. He said Mr Sutherland, “a very courageous and genuine man,” was not likely to pursue employment in the future but would rather develop a kennel business he had started with his late wife.

The judge said Mr Sutherland’s psychological illness had improved and he was in a new relationship, was back playing golf and had joined a choir. He awarded him €80,000 for pain and suffering, €75,000 for loss of earnings and €7,126 for medical expenses, a total of €162,126 compensation.