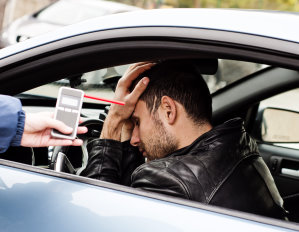 €15,000 awarded to family of man who died in car driven by drunk brother

The family of a man who died almost 10 years ago in a crash, when he was a passenger in a car driven by his brother, has been awarded €15,000 damages in the Circuit Civil Court for mental distress and loss against the Motor Insurers Bureau of Ireland (MIBI).

Barrister John Nolan told the court that in December 2006 the late Martin McDonagh was travelling as a front-seat passenger in a car driven by his brother, Thomas Mc Donagh.

Counsel said that Martin McDonagh had not been wearing a seat belt, and unfortunately died in the accident. Thomas McDonagh had later received a three-year jail sentence.

Circuit Court President Mr Justice Raymond Groarke heard that Thomas McDonagh had not been insured to drive the car.

Mr Nolan said that Martin McDonagh’s daughter Melissa had issued proceedings on behalf of her family against her uncle Thomas McDonagh and also the MIBI. The bureau had made a €15,000 settlement offer and had lodged the money into court funds.

Counsel said that although, in his opinion, the case was worth €25,000 damages, he had no hesitation in recommending acceptance of the offer. He said it was a possibility that the case would fail if it went to a full trial.

Mr Nolan told Judge Groarke that damages of €15,000 for mental distress consisted of €2,500 each for Martin McDonagh’s children and their mother, Ann.

The judge accepted an undertaking by Ann McDonagh to receive the money and divide it equally. Approving the offer, Judge Groarke expressed the court’s deep sympathy to Ms McDonagh and her children.