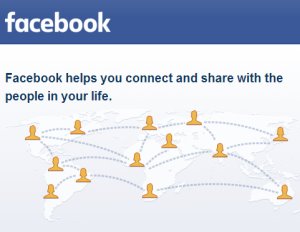 A couple has been awarded more than €30,000 in defamation damages against a neighbour who defamed it on Facebook.

The couple, from Buncrana, Co Donegal, took a defamation action which was settled at Letterkenny Circuit Civil Court on Tuesday.

Mr Downes, who did not appear in court, admitted the action and had agreed to apologise unreservedly to the couple.

Mrs Barnett, a podiatrist, told the court that she barely knew Mr Downes and knew of no reason why he would have posted a number of attacks against her on her private and business Facebook pages.

The court heard how Mr Downes accused Ms Barnett’s husband, of The Crescent, Buncrana, of having an affair with another woman and also referred to her as being overweight saying that her exercise regime was not working.

Ms Barnett said that she screenshot the Facebook posts, which had appeared on February 5th and 6th, 2015, and had then deleted them before contacting gardaí.

She said the posts had both hurt her personally and professionally and she had later met clients who had not come back to her business because of the embarrassment the postings had caused.

Mr Murphy, from The Crescent, Buncrana, who is his wife’s officer manager , said he was horrified by the postings.

“He (Downes) was indicating that I was having an affair. That was totally and utterly untrue,” said Mr Murphy.

He said that they had to speak to their 15-year-old twins about the incident and explain to them that it was not true.

Barrister for Downes said his client had agreed to give an apology to Ms Barnett and Mr Murphy.

In the apology Mr Downes accepted responsibility for the posting of comments which “ were irresponsible and false” and he apologised for the “unjust” attack on their reputation and the “nasty nature” of comments. He was “ashamed and embarrassed” by the harm caused.

“I have no rational explanation for the posting of the comments. I borne some ill will of grudge to these people and that ill will was taken out by posting the remarks on Facebook,” the apology said.

Judge James O’Donoghue described the posts as “scurrilous and reckless.”

“The court is satisfied that both were wronged and their names seriously sullied,” said the Judge.

He also issued a general warning that the posting of Facebook comments was sometimes a “highly dangerous activity.”

“People perhaps with alcohol late at night can post these remarks and injure people’s character. It is a highly dangerous activity and can result in long term hurt to families and people’s good names and this is an example of that,” he said.

Maura Hurley Solicitors is a defamation solicitor based in Dublin .