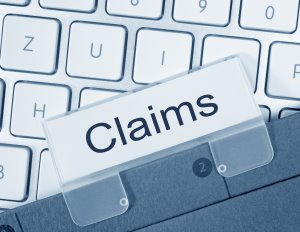 Man gets €2m after suffering brain damage in clamping row

A man left brain damaged after being struck with a hammer when he clamped a car in a Dublin city car park has settled a High Court action against his employer for €2 million.

Mr Justice Kevin Cross described as “appalling and disgraceful” what had happened to Gheorghe Pista, a clamper originally from Romania.

“He was viciously assaulted while going about his job and has been left severely brain damaged,” the judge said.

Mr Pista (44), whose skull was fractured, can now verbalise only a few words, walks with difficulty and needs 24-hour care.

He sued his employer, Nationwide Controlled Parking Systems, with offices at Mount Street Crescent, Dublin, as a result of the attack by Gerard Sweeney in a car park at Werburgh Street on November 4th, 2009.

Sweeney (25), with addresses at St Mark’s Avenue and High Grove, Mount Talbot, both in Clondalkin, pleaded guilty in 2011 at Dublin Circuit Criminal Court to intentionally or recklessly causing serious harm to Mr Pista. He was sentenced to 10 years in jail with the final three suspended.

Mr Pista was clamping Sweeney’s girlfriend’s car when the assault occurred. Sweeney approached him shouting and swearing that he was not going to pay the fine and then went to the boot of the car. He took out a lump hammer and came back to the front of the vehicle and struck Mr Pista on the left side of his head, knocking him to the ground.

Mr Pista sustained a fractured skull and later had to have a metal plate inserted. He was in a coma for seven weeks. The High Court court heard judgment was obtained against Sweeney on an earlier date.

In the High Court on Thursday, Mr Pista, who sued Nationwide Controlled Parking Systems through his sister Elena Pista, claimed the assault was carried out in circumstances whereby Mr Pista was allegedly instructed by his employer not to remove clamping devices without first receiving payment, regardless of threats to his personal safety.

He further claimed he had been exposed to a risk of injury and his employer was negligent by allegedly directing him to enforce parking regulations in that car park during night hours. It was alleged that the company knew or ought to have known it was unsafe and dangerous to do so. It was also alleged that Mr Pista was instructed to seek authorisation from management prior to releasing any clamp free of charge. The claims were denied.

Eoin McGonigal SC, for Mr Pista, said his condition has improved and he can now make a cup of coffee and dress himself.

Approving the settlement, Mr Justice Cross said Mr Pista has been been very well looked after by his sister and he wished him well for the future.