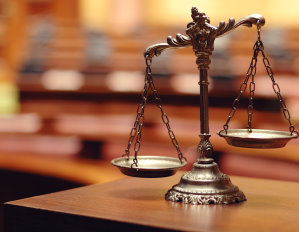 The operator of Kylemore Abbey and Gardens, owned by a group of nuns, has been ordered to pay €76,000 to a brother of well-known hotelier John Lally.

The Employment Appeals Tribunal (EAT) ordered the Benedictine nuns’ firm, Kylemore Abbey and Gardens Ltd, to pay Fergus Lally one of the largest awards of recent times after finding he was unfairly dismissed.

Mr Lally was made redundant a month after Kylemore Tourism Ltd, which is owned by his brother, lost its contract to operate the tourist attraction in December 2014.

Kylemore Abbey and Gardens Ltd is controlled through the Kylemore Trust by the Benedictine nuns, who own the historic abbey in Connemara.

The school at the abbey closed in 2010, but its past pupils include the actress Anjelica Huston.

Fergus Lally was employed from June 2010 as an assistant retail manager in the craft shop at Kylemore.

Chief executive of Kylemore Abbey and Gardens Ltd Pat Lavelle told the EAT hearing that it was his decision that Mr Lally was “surplus to requirements” and that he would be made redundant.

In his evidence, Mr Lally said he was “in shock” when Mr Lavelle told him that his job was gone, especially as he was about to apply for a mortgage.

Mr Lally told the hearing that he did not anticipate that the meeting would concern such a serious matter because of the casualness of the location near the restaurant, and there was no prior indication that his job was in danger.

He added that he had relied upon Mr Lavelle’s previous assurances that his job was safe.

Mr Lavelle said that ultimately it was his decision to make Mr Lally redundant together with another employee.

At the two-day hearing in Galway, Mr Lavelle said he informed Mr Lally that he was being made redundant and he agreed to work out his notice, accepting a €6,240 cheque in respect of statutory redundancy in February 2015.

Mr Lally said he accepted the redundancy cheque under protest – his salary was €38,000 per annum.

He said that he had since applied for other jobs but with no success. He set up a small business selling jewellery but it had proved an unsuccessful venture. In February 2016 he attempted to launch a chauffeur business.

In its determination, the EAT noted that there was no consultation with Mr Lally prior to the decision to make his position redundant.

The tribunal said Mr Lally had been previously assured that his job was safe.

The EAT recorded that Mr Lally “had no advance warning of the meeting with PL [Pat Lavelle] on January 16, 2015, which took place in an open area in the respondent’s restaurant”.

The tribunal added: “He was given no right of representation at the meeting and no right of appeal of the decision to dismiss him by reason of redundancy.

“He was offered no alternative employment. There was no redundancy procedure in place.”

The tribunal found that having regard to all of the circumstances, Mr Lally’s dismissal was unfair and unreasonable.

John Lally, from Galway, has more recently partnered with America’s largest landowner, billionaire John Malone, in a spending spree totalling hundreds of millions in acquiring some of Ireland’s best known hotels, including the five-star Westin and five-star Intercontinental Hotels in Dublin.

The most recent purchase by the John Malone Partnership, which includes Mr Lally’s Lalco Hotel Group, involved a €150m deal for the Spencer, Morgan and Beacon hotels in Dublin.

Maura Hurley Solicitors is an employment law solicitor based in Dublin.