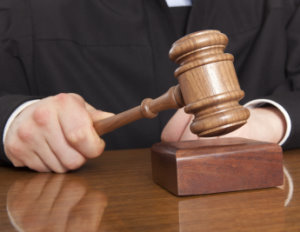 A 39-year-old Co Meath woman, who was injured in a fall in Cappagh National Orthopaedic Hospital, was entitled to succeed in a personal injury claim against the Dublin hospital, but also to have her name cleared of alleged fraud and dishonesty, a judge has stated.

Mr Justice Groarke said the defence put forward by the Finglas, Dublin, hospital was that not only had she placed her foot on defective tiling in a corridor floor and tripped, but had done so on purpose so she could bring a fraudulent claim.

He told barrister Darach MacNamara, counsel for Ms Shelly, that her mother’s friend, Derri Anne Morgan, had been pictured on CCTV pointing out to Ms Shelly the defect in tiling in the corridor seconds before she had fallen.

“As she gets to it, the inference I am being asked to draw is that Ms Morgan was a party to this fraud by pointing it out and that Ms Shelly managed to get her toe into it and fell,” said Mr Justice Groarke.

“I find the defence to be outrageous and not supported by the evidence,” said Mr Justice Groarke.

Mr Justice Groarke said the reality was that the tiles in question had historically caused trouble. Ms Morgan had slipped and fallen on the same defective tiles several years beforehand and had been flabbergasted on this day in January 2014 to find the defect had never been removed and was describing it to anybody who would listen.

He said the second leg of the defence was that the CCTV had shown that, as Ms Shelly was walking down the corridor, she had altered her step so as to make contact with the defect in the floor, which would trip her, cause her to fall, and be injured.

“It is a preposterous suggestion,” said Mr Justice Groarke. “I cannot contemplate for one moment that this plaintiff is a fraud or dishonest and it is not supported by either of the two hypotheses put forward.”

He said Ms Shelly was entitled to succeed against the hospital and entitled to have her name cleared in the manner he had outlined.

Mr MacNamara told Mr Justice Groarke that following his ruling on liability, the proceedings had been settled and could be struck out with an order for Ms Shelly’s legal costs. It is believed the settlement was in the upper regions of the maximum €60,000 jurisdiction of the court. Costs, to be borne by the hospital, are estimated to add €35,000 to the bill.