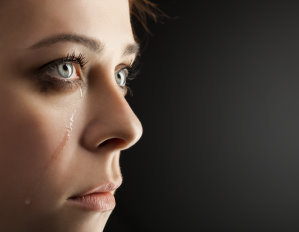 Coercive Control : ‘Why did I fall so hard? Why did I make myself so vulnerable to him?’

THE FRENCH HAVE criminalised “psychological violence”, as have the British. Now Ireland has joined ranks with the passage of the Domestic Violence Bill 2017 through the Houses of the Oireachtas to include coercive control within intimate relationships as a crime.

This has to be one of the most significant pieces of legislation to come before the Oireachtas so far this year.

Coercive control is often talked about as if it is a mild form of domestic violence, which is a mistake. Emotional abuse is devastating and can often be more traumatic than physical wounds.

Bruises and broken bones eventually heal and may leave scars, but emotional trauma stays with you and shapes who you are as a person. It leaves an indelible injury, one that is not as visible, but physically affects and damages the brain.

The Department of Justice released a press release in which they state:

Coercive control creates the psychological conditions that allow abusive relationships to exist and to escalate often with devastating and in some cases fatal consequences.

It is, in fact, the foundation stone on which abusive relationships are built. If a someone hit you, you wouldn’t go home with them however the nature of emotional abuse is that victim does not know it’s happening to them until they are stuck under the thumb of the abuser in a surreal existence.

I was one of those who suffered this form of mental violence, and it ravaged my life. What I remember most about emotional abuse is that it felt like I was in a tumble dry cycle; hurled around, hitting against the sides of the drum, erratically lacerated, mangled, being knocked and jolted about some more, not knowing how bloody long the cycle would continue for or where the next blow would come from.

Then suddenly, intermittently, the cycle stops. I would curl up, become smaller, quieter, detach from my feelings, eliminate people and interests from my life in an attempt to slow down the drumroll, to ease the pain of the abuse. But no matter what I did, it never stopped. And with the end of the relationship the persecution intensified.

This is a common trait amongst abusers. They become even more vindictive and offensive when their victim attempts to leave or fight back. That is why this Bill is so important – it offers a safe place in which to take the perpetrator to task.

The ponderous thought that remains with me is why. Why did I doggedly trust and believe him? Why did I get sucked in so deeply? Why did I fall so hard? Why did I make myself so vulnerable to him?

But that’s the trick of the abuser. You don’t see or feel that your brain is being punched and battered, however, had I been physically boxed or hit I would have understood the abuse and would have run from him as fast as I could.

Identifying psychological abuse as a crime makes this is a powerful piece of legislation, in advancing women’s rights, and indeed the rights of anyone suffering from domestic violence.

Patricia Tsouros writes a blog on emotional abuse to inform and help families, and friends to understand the complexities of such a relationship, the trauma victims suffer and provide an insight to better help and support the victim.