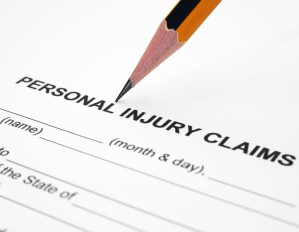 Kaya Caulfield, taking the burns injury compensation action through her mother Leann Kelly, of 21 Ard Mhicil, New Ross, brought the civil action against Cillgarman Ltd, trading as O’Brien’s Sandwich Bar, South Street, New Ross. The Court was told that Leann Kelly had bought the beverage for her daughter Kaya at O’Brien’s Sandwich Bar. The young girl, who was aged six at the time, was inflicted with burns when the hot chocolate as she sat in her mother’s car.  It is claimed that the spillage occurred as the lid was not properly secured to the hot chocolate cup.

After the spillage Kaya was taken to the Care Doc and subsequently to Waterford Regional Hospital. From here she was transferred to Our Lady’s Children’s Hospital in Crumlin where she was diagnosed with 2% superficial scalding to the medial aspect of both thighs. Her wounds were dressed and she was an in-patient at the hospital for 48 hours.

The Court was told that the scar had now healed and can no longer be seen which is not normally the case with burns injuries such as those suffered by Kaya.